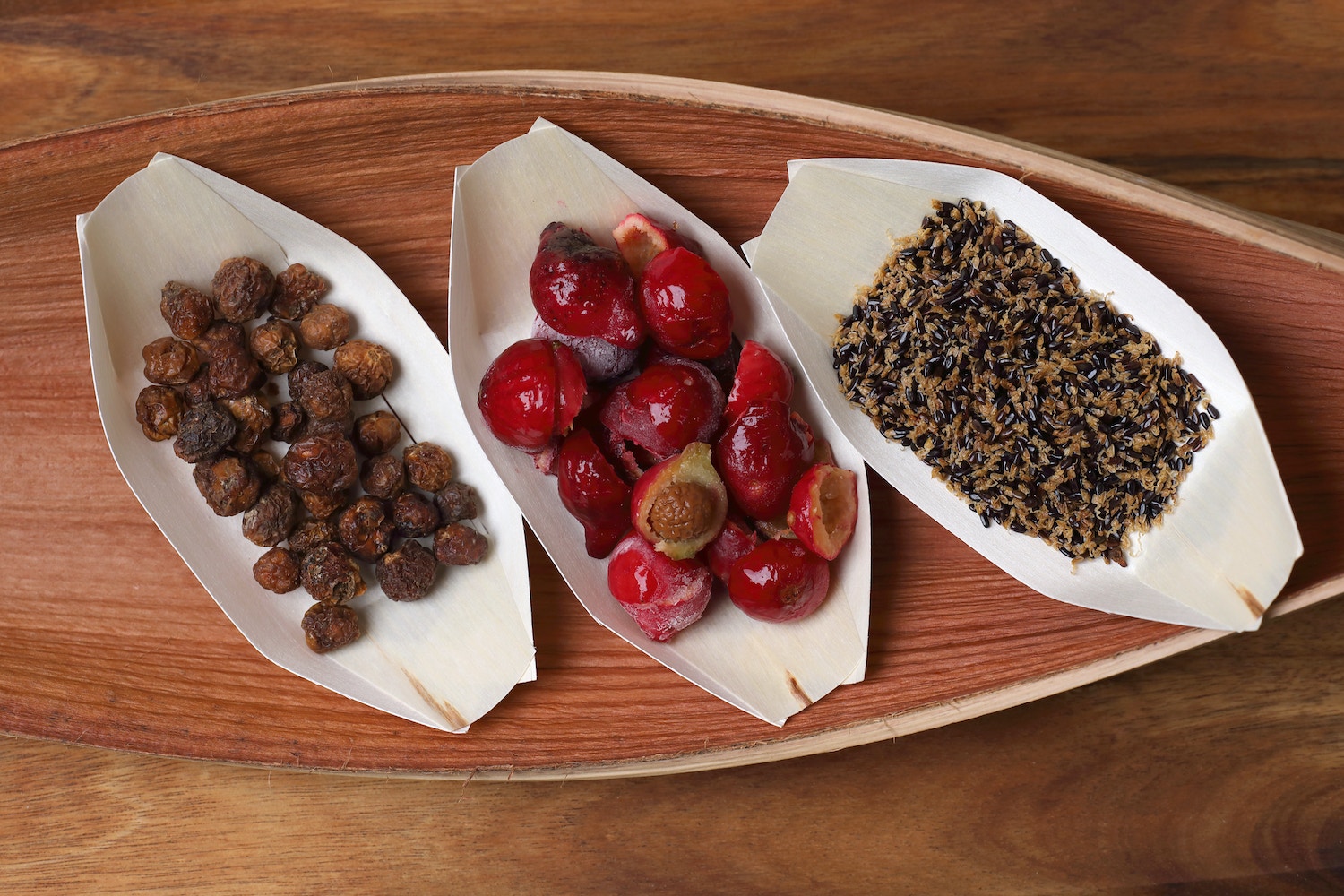 We’re delighted to have Tania Paola, interview Andrew Fielke for Toast The Locals. He’s not only one of our artisan producers but also an award-winning South Australian chef, instrumental in firmly positioning native foods on the map for over 30 years. Enjoy the read!

“Food is a pathway to reconciliation. When you sit down with strangers around a campfire or a table, and break bread and drink a glass of wine, people open up, and you start connecting in ways that you just can’t do across a boardroom table. It’s especially important with our indigenous brothers – to go to their country, sit down with them, and have a cup of tea around the campfire.” — Andrew Fielke

Life has come full circle for Andrew Fielke. Growing up in Renmark in a town on the banks of the River Murray in South Australia’s Riverland, Andrew tells me he adored the freedom of early years spent camping, fishing, and hunting by the river. Using round, native quandong stones to shoot marbles in the sand was a normal pastime for him and his five siblings. As a young boy, Andrew could never have imagined the profound significance of these native, quandong seed marbles, or known that one day he would write a book featuring quandongs.

The uniquely Australian quandong holds a special place in Andrew’s heart. He’s always been fascinated by them, so it’s no surprise this wild, glossy, crimson coloured native peach features on the beautifully illustrated cover of his recently released book Australia’s Creative Native Cuisine. Andrew tells me the idea of writing a book first came to him many years ago. Embracing and delivering a wealth of information about native foods, Andrew’s book shares over 150 original recipes and includes stunning photos. Australia’s Creative Native Cuisine takes the mystery out of where to find and how to use native ingredients, inspiring people to go ‘wild’ in the kitchen.

Andrew is the driving, innovative force behind Creative Native Foods, the company he started 20 years’ ago after he left behind the arduous, 12 to 14-hour days of physical work in restaurants. Creative Native Foods supplies quality Australian native food produce and products to its customers, with many available online through Toast the Locals.

It’s Andrew’s passionate impetus that encourages the chefs at Great Southern Rail to tailor menus with regional specific native foods. “I’m pushing the train people. Where are they for breakfast on day two? When are they going through Broken Hill? That’s quandong and desert lime country, so I might suggest a quandong compote … or if they’re near Brisbane for dinner I’ll develop a coconut and sago lemon myrtle pudding. I love doing that – it empowers their staff to tell the story.”

Native foods seriously came onto Andrew’s radar in the mid 80s, while working as executive chef for the new Mount Lofty House in the Adelaide Hills. Back then, there were very few people in native foods and Andrew managed to connect with Brian Powell, who was the first person to start a commercial quandong orchard in the mid-north of South Australia, in Quorn. Andrew received some sample quandongs from Brian and was blown away by their flavour. He never looked back. “Since that day in 1985, once I had the first sniff of what could be with Australian native cuisine, I have not altered my focus one iota.” Andrew’s philosophy for success is, “Stick to your guns if you’ve got passion and drive – follow it through to the nth degree.”

Like many food service businesses affected by Covid, Creative Native Foods is coming out of an extremely tough year. With a clear focus on the future, Andrew is growing his company slowly and carefully. “Education is what drives me. I love doing cooking classes and guest chef spots. We’ve also developed a native foods education kit for schools. If we can get every middle school student in Australia cooking with native foods in their home economics class, that would be amazing!”

Dominic Smith, an Aboriginal native foods grower in Monash in the Riverland, is Andrew’s business partner in a new joint venture called Edible Reconciliation. Andrew explains that since he left the restaurant industry, he’s had a lot more time to engage with Aboriginal people, and it’s clear this is something he feels strongly about. “I’ve come to believe that it’s their traditional food we’re capitalising … and the amount of indigenous participation was always miniscule, so we want to correct that imbalance.”

Andrew’s creative energy and passion for native foods is infectious. It’s hard to imagine he has time for anything else, yet Andrew assures me he makes time for outside interests and enjoys playing golf and competition squash. “I’m a mad golfer – I love it!” Andrew is a firm believer that, “A true cuisine comes from the heart and the home.” The young boy who grew up playing marbles with quandong stones is now on a mission to inspire our entire nation towards making healthy, native food choices.

This book is a wonderful addition for your own recipe book collection, and also makes a beautiful gift. 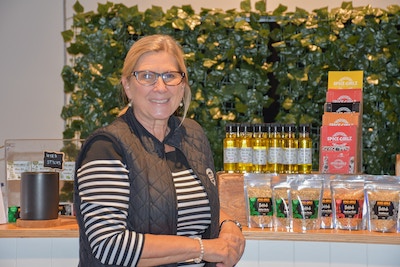 Wendy Hardy, Spice Queen from Spice Girlz Gourmet, has kindly shared with our Toastie readers her favourite winter warmer recipe for you to make at home.... 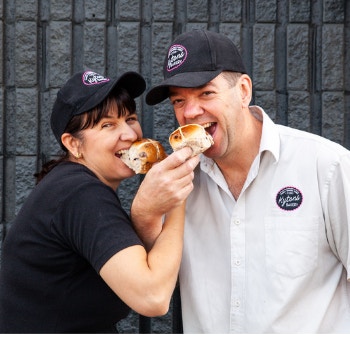 Easter is a special time of year when everyone enjoys making memories. It’s also one of the busiest times of year for South Australia’s iconic Kytons Bakery. ...