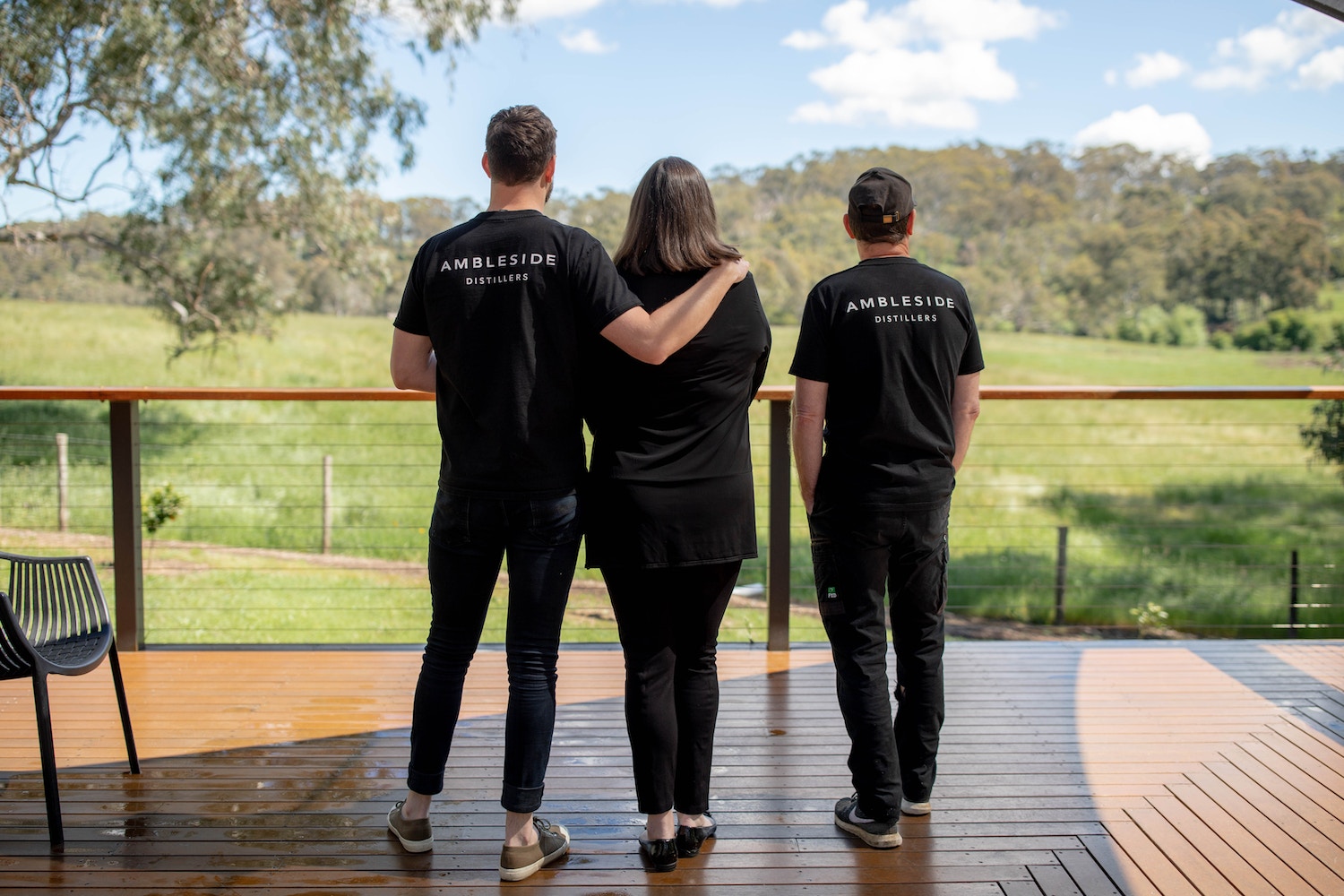 As well as making delicious drinks, South Australia’s craft distillers have also embedded themselves firmly in their local communities.

A decade ago you could count the number of Australian craft distilleries on one hand. Now there are more than 600 local gins available and that number is growing rapidly. You can buy gins that change colour, that are flavoured with green ants, hemp or jalapeño peppers and one so strong it almost needs to be classified as a dangerous good. But the best gins, like the distilleries that make them, are able to reflect their local community and tell a story of place.

Many distilleries use locally grown botanicals but few can claim to be closer to the source than Ambleside Distillery, which is located on the outskirts of Hahndorf in the Adelaide Hills. Around a quarter of the botanicals used their gins, including bay leaf, rhubarb, rosemary, thyme, makrut and blood orange, are grown within metres of the still. And with more native botanicals being planted, that list is set to grow significantly in the coming months.

“We’re a family business and our emphasis has always been on sourcing locally grown botanicals wherever we can,” says Matt Dickson, who founded Ambleside with his parents. They still live on the property where the distillery is located and he says “we love the idea of being able to walk through our botanical garden and pick something straight off a bush or tree and use that to distil or create cocktails on site.”

Ambleside’s core range of gins includes the classic dry style Small Acre, the more contemporary citrus-forward No 8 and Big Dry, a London Dry style with a twist. What botanicals the Dicksons can’t grow onsite are sourced as locally as possible and the signature ingredient in Big Dry is jalapeño peppers that come from the local market.

Dickson’s regular trips to procure supplies also help provide inspiration for new recipes as local growers show off their other seasonal crops. Though he’s coy with details, the distiller reveals that “we are currently working on a new gin using a number of botanicals from local Adelaide Hills farms.”

Follow the winding roads north through the lush Adelaide Hills and you’ll eventually find yourself at Applewood, where distillers Laura and Brendan Carter use hail-damaged crops and fruit considered too ugly to sell in gins that also foreground native ingredients like muntries, bush apples, macadamias and lemon aspen. It’s a continuation of the European tradition of sending excess produce to the local distillery rather than letting it go to waste, and part of the reason the distillery has gained b corp certification recognising social and environmental responsibility.

Elsewhere, distillers are using local produce to forge new traditions like Never Never’s striking Ginache. When the distillery moved from Adelaide’s industrial suburbs to a gorgeous hilltop location in McLaren Vale, one of the first things co-founder Sean Baxter did was get in touch with his neighbours. Never Never shares its current home with Chalk Hill Wines, and Baxter was able to persuade owner Tom Harvey to part with some of the prized grenache from his family block. Mixed with Never Never’s award-winning gin, it created a spectacular strawberry coulis coloured spirit full of juicy red fruit flavours that proved so successful it will soon be added to the distillery’s core range.

Baxter, who worked as a brand ambassador for some of the biggest spirits companies in the world before starting his own distillery, is utterly enamoured with the Never Never’s new home. “Even though we're only 45 minutes from Adelaide, it feels super regional here. There are lots of handshake deals over vines, and it's a really different way of doing business and working together compared to the city.”

But even in the heart of Adelaide, craft distillers have found a way to embed themselves into the community. Prohibition Liquor Co co-founder Adam Carpenter jokes that many of the botanicals in his bold, distinctive gins are “market foraged” from the 152 year old Adelaide Central Market. Though he’s surrounded by shop owners rather than primary producers, he says a strong community has formed, and this was especially visible last year as everyone supported each other through lockdowns and restricted trading. “Part of being the only distillery in the city is having these relationships with our neighbours,” he says “We’re fortunate to have a wealth of resources in Adelaide that you don't have in any other state. It’s why there are so many great gins here.”

It’s a sentiment echoed by the Dickson family, who view supporting their local community as an essential part of their business. As well as using regional producers wherever possible, they sponsor the local footy team and helped out with a range of fundraising initiatives after the 2019 bushfires. “I can’t speak for others but for us, being involved in the community is really important,” Matt says. “This isn’t just our workplace, it’s our home... it’s where my family and I have lived for nearly 30 years.” And like many of their fellow South Australian distillers, the gins they make reflect that strong connection to their home.